Game Worthy teamed up with Voodoo to not only transform their strategy-based game into hyper-casual, but also reach a 66-minute average playtime. Read on to find out what they did.
Subscribe to our newsletter

Editors note: This article was written by the publishing team at Voodoo. You can check out the original version here.

How do you take a strategy-based, connect & conquer style game, and transform it into a successful hyper-casual hit? Game Worthy, a Vancouver-based studio composed of programmer Kaue and game artist Fred, managed to do just this with their latest game, City Takeover. Hitting outstanding KPIs and entering the top 100 iOS US immediately upon its release, this game is nonetheless very different from other games in the genre. It demands a bit more thought, concentration, and strategy… in other words, it’s more difficult than your typical hyper-casual game. Read on to find out how Game Worthy, teaming up with Voodoo, managed to transform one of their favorite childhood games into a hyper-casual hit.

Here at Voodoo, we often recommend benchmarking outside of hyper-casual when you’re coming up with ideas. Finding inspiration from games you play day-to-day can be a great source of innovation in the market. Yet transforming a classic game mechanic into a hyper-casual-friendly version demands excellent execution, and can prove more challenging than you might think.  Originally inspired by connect & conquer style Flash Games from their youth, City Takeover is an excellent example of how to take inspiration from outside of the genre, and use it to create a totally unique game in the hyper-casual space.

We all know the fundamental principles of hyper-casual: the gameplay has to be super simple, players need to understand what they have to do within seconds, and it has to be engaging. More strategic gameplays can be harder to mould into these criteria, so the first step for Game Worthy in the ideation phase was to simplify the mechanics down to the very core in order to make the game as accessible and understandable as possible. The next step was simplifying the graphics. Classic connect & conquer games are often set in space, a theme that is often a no-go in terms of CPI. To appeal to as wide an audience as possible, the team opted for a more neutral context, especially in the first tests.

The aim of the game is simple: conquer all buildings to win. With a ‘drag and connect’ mechanic, the player creates connections between their buildings and others with a simple drag of the finger. Players also have the option to terminate building connections by swiping across them, keeping the player engaged throughout each round.  One key difference between City Takeover and typical connect & conquer style games is that buildings keep growing even when connected to others. This makes the gameplay more forgiving and less frustrating, helping it function in the hyper-casual genre.

For the first version of the game, Game Worthy focused entirely on the core gameplay and the simplified mechanics to check that the game was engaging enough to succeed. They created 20 levels on a loop,  with a super straightforward design, as you can see in the image below. The test paid off and the game averaged a 52% D1 and 55 minute playtime in the very first iteration. The drop-off rate showed that players were sticking around even after completing the first 20 levels, which proved that they had developed a super tight and engaging core gameplay. This is a great reminder that with your first iteration, you’re not looking to test the full product. The objective is really to see if your gameplay is engaging enough to keep players entertained. Once the data shows that your core gameplay is entertaining, that’s the time to focus on developing the game to its full potential.  Using our live dashboard, Game Worthy were able to do this super quickly by tracking all metrics in real-time, helping them speed up the decision-making process. With their super strong and original core gameplay, Game Worthy teamed up with our Publishing Team to turn this game from a prototype to a worldwide hit.

Despite super strong retention metrics from the very first iteration, the teams needed to knuckle down and focus on reducing the CPI before launching the game. As the genre is difficult to define, with original gameplay in the hyper-casual space, they decided to draw inspiration from what worked well with other genres, like runners and puzzles.

Working closely with our Publishing Managers, the first thing they tried was adding a stacking component to the buildings. Tapping into one of the biggest trends of 2020, buildings now grew and shrunk depending on their size, which was a big visual change to the game. The second addition was to present a clearer control to make the game mechanic as obvious as possible to the ad-viewer. To do this, they added a large tracking finger to the creatives, showing how to create connections between buildings. In terms of visuals, Fred, the studio’s in-house game artist, started transforming the game from something abstract to more storytelling, providing more context and allowing players to really project themselves into the game.

After several iterations, they managed to crack the CPI down to $0.39 on a final creative, adding smaller changes to boost virality, such as the de-stacking component, swarms when conquering other buildings, and coloured land to emphasise the conquering aspect of the game. These new elements, although not entirely reflecting the game itself, helped highlight the game mechanics, control, and context, which in turn helped lower the CPI.

With super original games like City Takeover, even when you manage to lower the CPI, there’s always a risk that it will double post-launch. Once the game was published, our specialised Voodoo Creatives team took over the responsibility of making sure the CPI stayed low. To do this, they applied a similar test-and-learn approach to our Publishing Teams, testing over 720 videos to find what worked well for this particular game.  As well as using key learning from previous games, our teams also analyse current trends, both online and in the hyper-casual market, developing rushes and playables based on these insights. The rushes are then adapted to different geographies to boost the game amongst different audiences worldwide. Our in-house Launch OPS team also pitched in, testing various optimisation techniques, including boosting the number of levels from 30 to 70, testing different ad frequencies, RV placements, and adding a saga map.

So there we have several key insights on how to create a super original hyper-casual game when drawing inspiration from the wider gaming world! We were super happy to team up and collaborate with Game Worthy on City Takeover, and are looking forward to seeing what’s next in store for their Vancouver-based dream team. “Getting started as an indie game studio can be incredibly intimidating. Voodoo is the best partner that we could have wished for. Not only they believed in our potential, but also helped improve our games over time, pushing us closer to success with each prototype. Voodoo also houses the best team of Publishing Managers in the industry which are always going above and beyond to help their teams succeed.” Kaue, Game Worthy

Find out more from Game Worthy

To find out more about City Takeover and the studio Game Worthy, there’s a live Q&A with our Publishing Team waiting for you on our e-learning platform. Answering live questions from studios around the world, Kaue and Fred tell us more about their workflow, ideation process, and tips for any young studios! Click here to check it out. 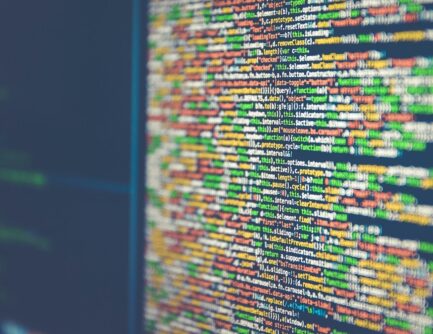